Home » What is Aloe Vera?

What is Aloe Vera? 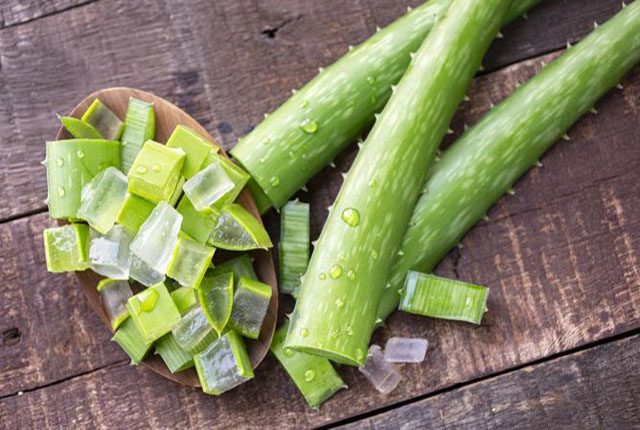 Aloe Vera is a member of the Lily family and is used extensively in the cosmetics industry. It is rich in vitamins, proteins and minerals.

The oldest recorded description of Aloe Vera and it’s attributes are from Ebera ancient Egypt, written on papyrus paper and dating from 1500 BC. Cleopatra’s beauty is attributed to the use of Aloe Vera and it’s said that before Alexander the Great embarked on his Eastern campaign Aristotle advised him to capture the island of Socorota. This was to stock up with Aloe Vera to aid the healing of his troops after battle.

Fuerteventura is recognized as producing the best plants in the world (BarbadensisMiller) due to the climate, some of these are grown purely for exporting, the biggestmarket being the United States of America. One 250 ml bottle contains the juice of approximately 625g of leaves. There are 240 recognized species of Aloe in existence. 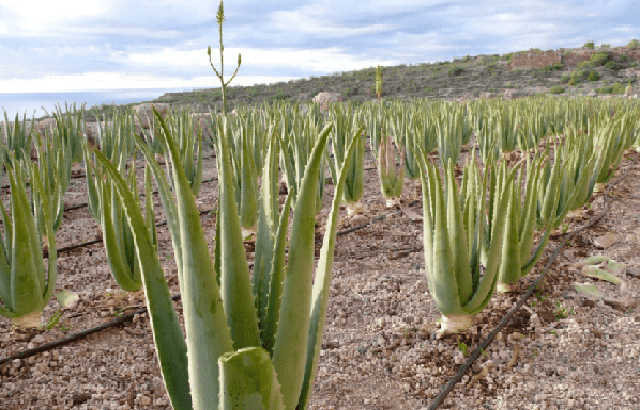 What is it used for?

Sunburn, Cuts, Insect Bites, Allergies, Eczema, Arthritis, Acne, Hair & Scalp.Plus, believe me a multitude of other conditions. It comes in soaps, creams,shampoos, drinks and just about every form imaginable.

The locals use the natural plant to treat sunburn. Just cut a leaf off the plant,split it open with a knife and just rub it on. It is very cooling (some keep it in the fridge)as it soothes your skin, however it does have a strong smell…

In Fuerteventura the Gobiero (Government) are encouraging the planting of Aloe Vera in their efforts to greenify the island. Volcanic soil is very fertile, and the plants catch the loose soil from the wind and it builds up round each plant. Eventually there is sufficient soil to support other plants, so they thin out the Aloe plantation and plant trees and other larger flora between the Aloe plants, in this way they hope to reinstate some of the forests which used to cover the island.