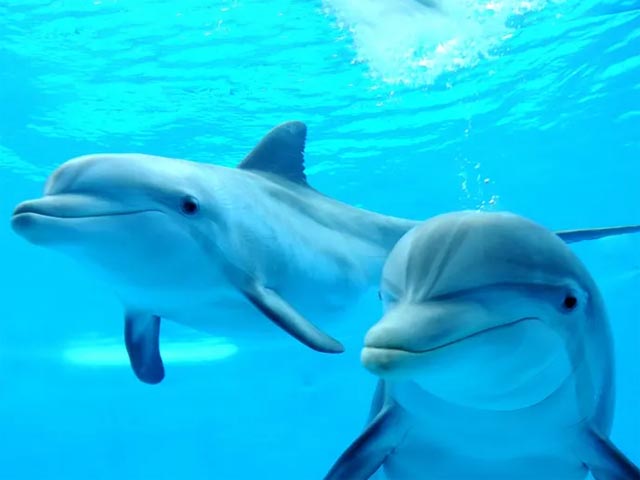 The What’s On Fuerteventura guide to sea life is a meant to give an overall picture of the local sea life and its importance to the Island and the local communities.

It would be impossible in this short article to go into all the  varieties of Sea Life, but I hope to give you an idea of its diversity.

If you are interested in getting up close and personal, Fuerteventura is an excellent place for Snorkeling and Scuba Diving

Fuerteventura was originally a fertile Island with much more agriculture and farming and was heavily forested, with tall straight pine trees, unfortunately these same trees were ideal for ships masts and spars and were cut down to build the ill fated Spanish Armada, leaving the island to become a desert.

Although some agriculture still existed, and before the tourist industry came, the only industries were goat farming and fishing.  Thankfully the warm semi tropical seas support a array of sea life.

The main fishing industry was supported by shellfish and crustations and other species like Tuna Dorada, Mullet, Barracuda, Parrot fish and various other edible varieties. 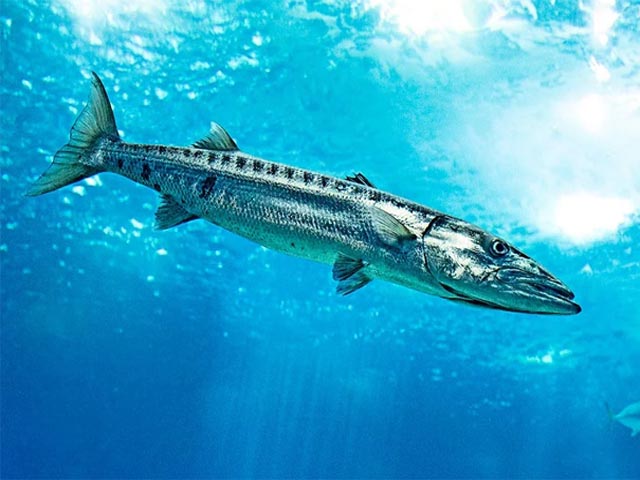 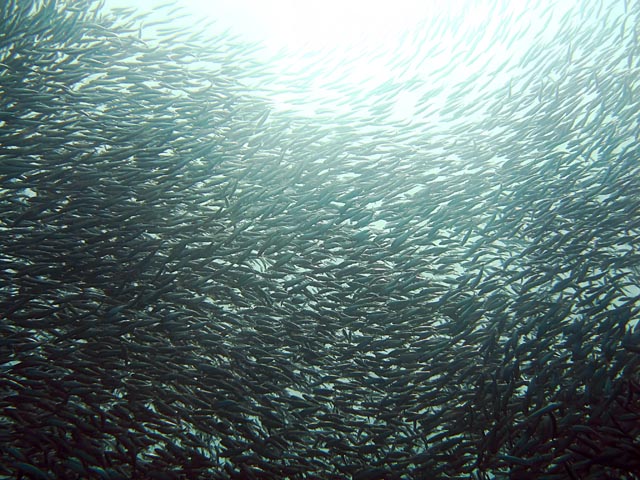 However the biggest bounty was during the Sardine season from September – March where they would be caught by the million.

These fish supported whole communities and was an extremely important resource for the locals. Every year the final event of the Carnival is the funeral of the Sardine. All the fishing villages hold a Funeral for Mrs Sardine where an effigy of the sardine is marched through the streets accompanied by women in “Widow’s Weeds” and carrying torches walk to the slow march of drums down to the beach. Here after some speeches and prayers, The effigy is Cremated and given over to the sea. 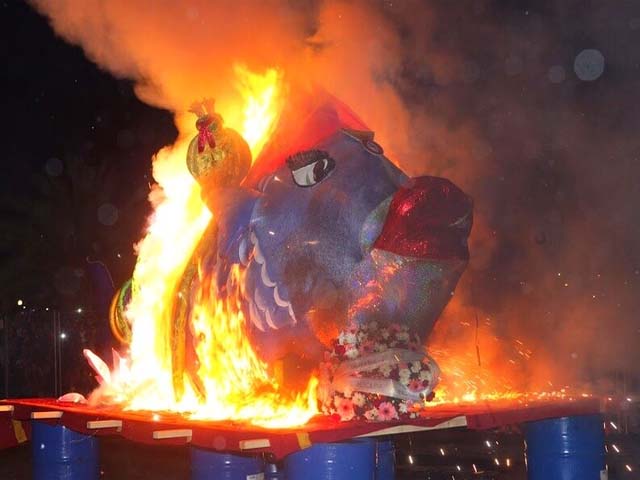 Sardines also meant that other bigger predatory fish would follow the shoals, fish like Tuna, Skip Jacks, Yellow fin and the biggest prize the Blue Fin Tuna, some of which grow to enormous sizes often several hundred Kilos and command thousands of Euros at market.

The other highly prized big game fish to follow the Sardines are the Marlin, White Marlin, Black Marlin and another monsters of the species, the Blue Marlin.

These are one of the fastest fish in the sea and have been known to swim at up to 70MPH (110KPH) and can weigh up to 1,000 kilos. The record Blue Marlin in Fuerteventura was caught a few years ago by a local fisherman, Agoney Suarez Gonzalez from his Boat La Resacca,  It weighed in at a massive 503 Kilos, But the Canaries record was caught off Grand Canary and weighed in at a huge 608 kilos – You’ll need a lot of chips to go with that!!
(For more on Big Game Fishing click here) 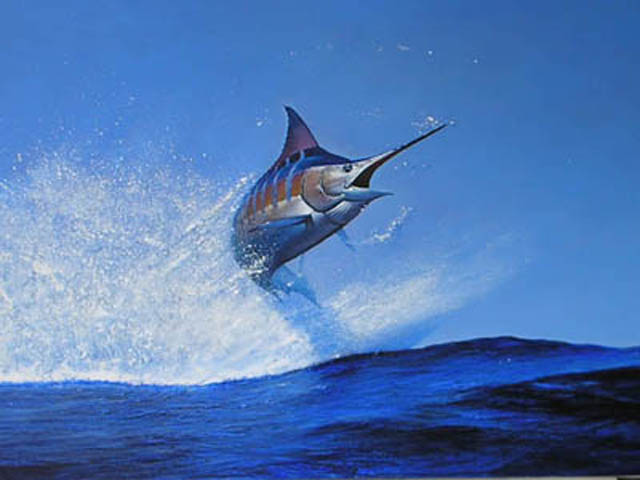 Fuerteventura has sea life that can be classified into around 390 species of fish which are grouped into 117 families.

This diversity inevitably attracts scuba divers from all over the globe to sample the delights of Fuerteventura’s rich clear waters. 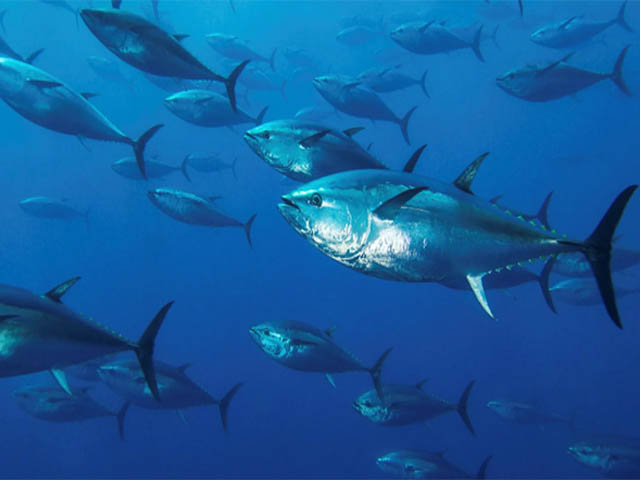 Because of the ever changing sea currents in the Canary Islands, the water has a strange combination of salt concentration and shifting temperatures which affect the marine life greatly, producing many different regions of fauna.

The crustaceans are represented by a whole multitude of species. Among these are spider crabs, red crabs, sea snails, shrimps, lobsters, mussels, & limpets.  Beneath the volcanic rocks lie octopus, squid and cuttlefish. 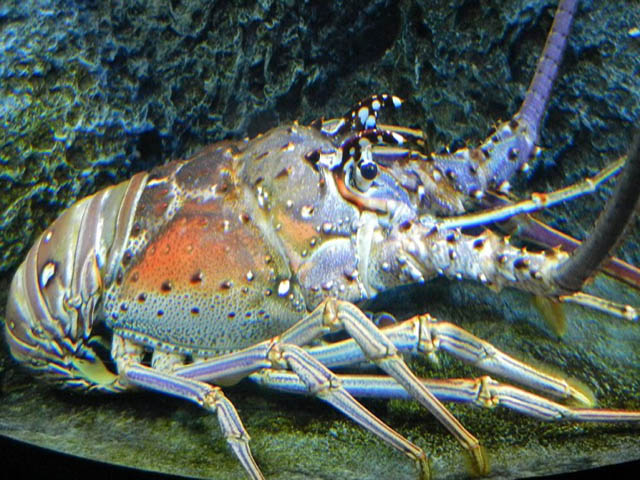 The north of the Island has a greater abundance of marine life due to the water being slightly cooler and richer in plankton, but this area of water is also much less fished than the south of the Island. 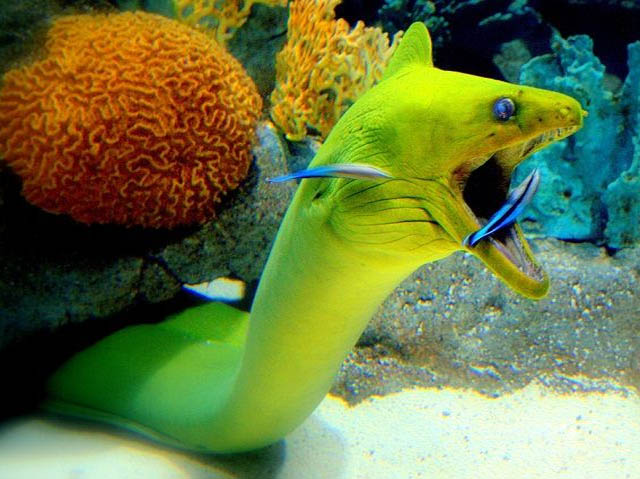 The majority of species are ‘Creole’ bound to the island for their whole life. Most of the fish here live on the sea bed, such as the gulper shark, moray eel, vieja, groupers, parrot fish, stingrays, and emperor fish to name but a few. 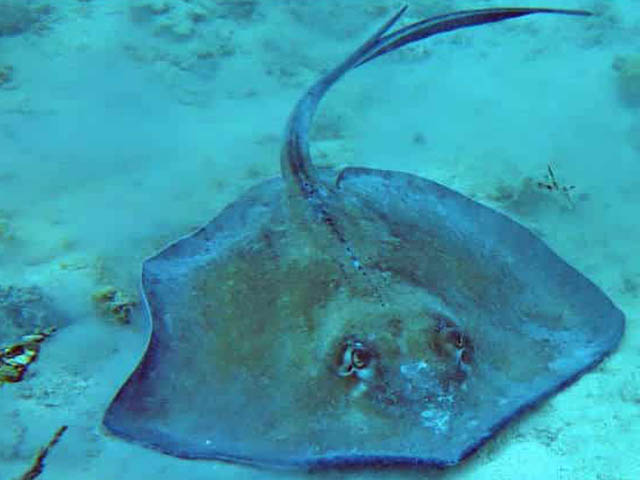 Stingrays are very common as the waters around Lobos are a major breeding ground for these fish, in fact you can often see them in Corralejo harbour in the shallows by the harbour walls. 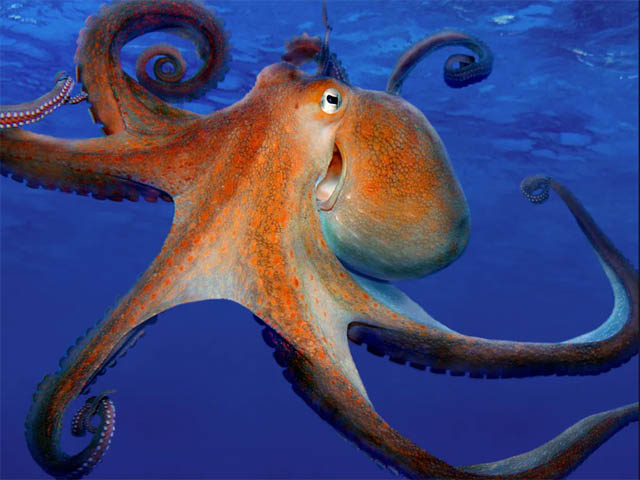 Every year in Corralejo the beach at Waikiki gets invaded by sharks, but no need to worry, these are Nurse Sharks, and for a few days they come into the bay to give birth. They are totally harmless, and the police usually tape off an area to protect them from curious tourists.

Even though these are totally harmless, there are some bigger sharks around, one of the common ones is the Hammerhead which can grow to 6 metres, but don’t worry, there has never been a recorded incidence of a shark attack in the Canaries. 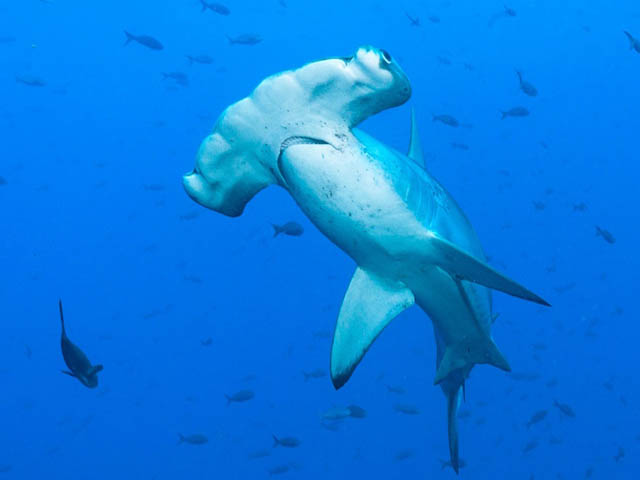 Peoples favourite sea life have to be the Whales & Dolphins, there are several species that live permanently in the Canaries and others that migrate through on their way to their feeding grounds. At different times of the year there can be Blue Whales, Humpbacks, Pilot, Sperm, Brights whales and many others, even pods of Orca (Killer Whales) have been seen of the coast of Fuerteventura, and up to 20 different species of Dolphins following the shoals of Sardines as they move along the coastal waters of the Canaries. 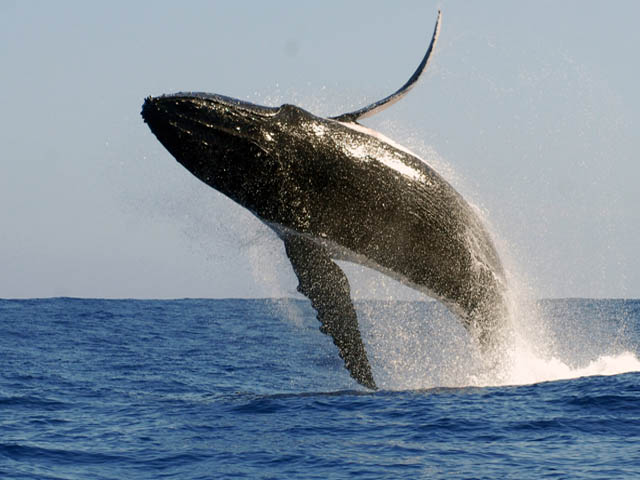 No article on sea life would be complete without mentioning turtles. Several species of sea turtle come to Fuerteventura to lay their eggs on the remote beaches at the south of the Island near Cofete and there is a Turtle Rescue Centre in Morro Jable (more about this in a separate article soon). 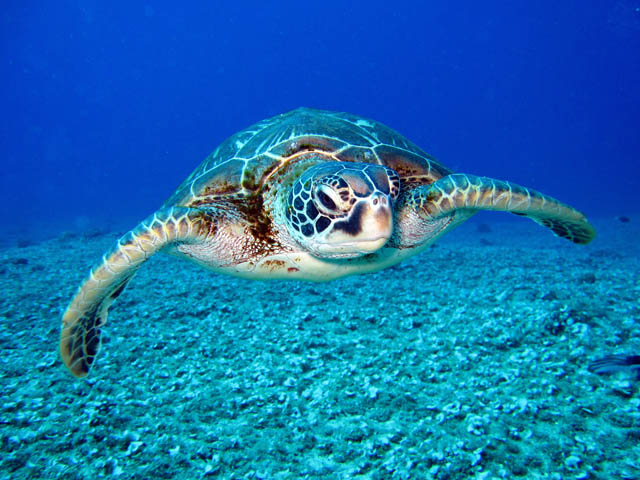 Fuerteventura and its Sea Life are a Mecca for Scuba divers, Snorkellers, Whale & Dolphin watchers, and Big Game fishing.

For more info on these, go to corralejo-excursions.com