Home » Calima: What exactly is it?

Calima: What exactly is it? 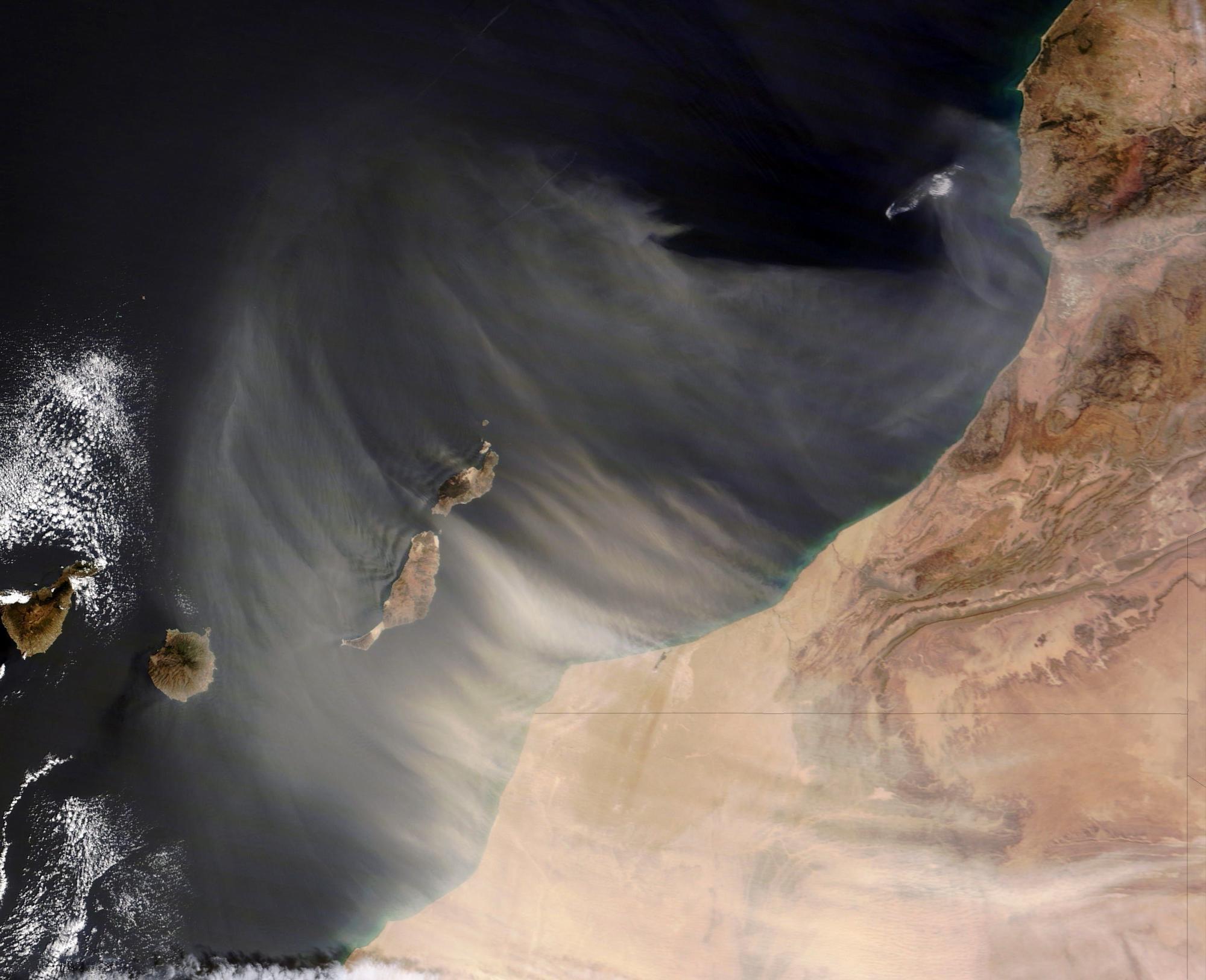 What exactly is this “calima” that everyone is always talking about?

Here are a few facts. It is actually a naturally occurring phenomena which happens throughout the year, but especially in the summer months whereby approximately 1.5 million tonnes of sand and dust flies over and lands on the Canary Islands, affecting agriculture and the health of the population.

One day you can see for miles and the next you can’t even see the neighboring islands of Lanzarote and Lobos as they disappear behind a veil of dust and sand.

This dusty wind passes over North Africa, the Middle East, Central and Eastern Asia and as far away as China too before reaching us here and is even known to reach as far as the Carribean and South America as it passes over.

The dust is caused by global deforestation, desertification, change of land use and increased drought and after being deposited in the oceans it can cause disease in coral life due to the pathogens it contains. When it settles on crops and plant life, it can disrupt photosynthesis limiting growth.

Over the past four years some of the most intense storms have been in January and February, causing a huge increase in reported asthma cases in the Canarian population.

So, if you’re here on holiday during one of these storms, the best thing to do is find a sheltered spot from the wind and relax with a cold beer or two, or go to the beach anyway, but as always use plenty of sun-cream as even though it appears very hazy, you can still get burned.